“If it was easy everyone would do it!”

The vast majority of my deals pop off without a single hitch. Occasionally though, I have one that gets a tad messy.

Who: Niece called in for her great aunt whom she held a power of attorney for.

Where: Indianapolis, In. This was a wholetale I completed as an out of state investor.

Why: The property had not been updated since it was built and the original owner was in long-term hospice.

How: We use Google Adwords (known as Pay Per Click) to serve ads to people Google searching for our company name. I call these brand name searches. They will cost you a few bucks a month and EASILY pay for themselves. Every investor should be running them.

We initially went under contract with someone from our buyers list. The buyer attended the closing, signed the docs, and didn’t wire in the cash. He called us that afternoon and said that he needed another 2 weeks as he was waiting on a deal to close. 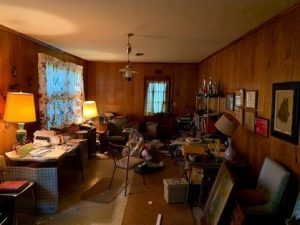 This sucked for us. We had to call the seller who just left closing and explain that they weren’t getting paid. We also had to push for an extension which they were hesitant to give. We offered them extra $$$ and they were more upset about the principle. (As were we).

The buyer was a licensed real estate agent who not only said the purchase wasn’t contingent on another closing but also showed up and signed at a closing he knew he couldn’t fund.

After a TON of back and forth with the seller, we got an extension by the skin of our teeth. This deal almost fell apart there.

I didn’t trust the “buyer”  as far as I could throw him so I made him put down another grand in EMD (up to 3.5k) and I raised private money to close on the deal.

We sent the deal out to our network of lenders and had it funded in a matter of hours. We pay our private lenders an 8% interest plus 1 point on a property with a max LTV of 75%. This particular private lender was someone I met on Biggerpockets. If you’re interested in working with us on deals please send me an email at [email protected]

I’m not a betting man… but if I were, I would not have wagered $1 on this guy closing on the second try. The closing day came, he went to the title company/signed, and yet again didn’t send in money. He told us that he wired in but missed the cutoff so it wouldn’t hit until Monday. He even offered proof of the sent wire which we never saw. After dodging our calls for several days he told one of the guys on my team that he just needed a few more days.

We had our attorney draft up a demand letter.

A demand letter is essentially an attorney highlighting the facts and telling the person who receives it what we “demand” they do. The cost for this is normally a few hundred bucks and in my experience is well worth it. We were demanding that the “buyer” sign a mutual release so that we could sell the home to someone else. He was refusing. This is a BIG problem. Without a mutual release, we couldn’t provide a clear title to sell the home to another party. Effectively, he was holding the title to the property hostage.

These letters are sent signature required so that you have proof they got it.

Pro Tip: Always send these via FedEx. People don’t normally get stuff from FedEx so they tend to happily sign wondering what it is.

While having our attorney send the demand letter we decided to work on finding a new buyer. One of my FAVORITE ways to find buyers involves exporting sold transactions out of the zipcode from the MLS and emailing the brokers asking if they have buyers still. This works EXTREMELY well and is how we move the majority of our deals. We use my Auto Emailer to make sure that we get into their inbox, around spam filters, and it shows up personalized.

You can check it out here: Auto Emailer

We went under contract with the new buyer on Monday and they wanted to close on Thursday. We had 4 days to get this mutual release signed.

We reached out to the agents managing broker and let them know that one of their licensees was going to be sued and that we would be turning in a complaint with the licensing division. Within a few hours, we had our release signed. Here’s the funny part… The original buyer offered to pay a member of my staff thousands of dollars under the table if he could just get a 3rd shot… Nah homie.

If you enjoyed this article be sure to check out my post from last week! 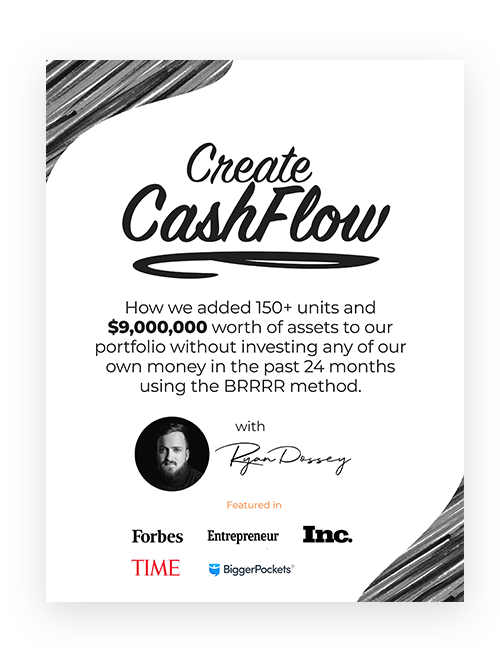 I want to show you how I’ve built my own real estate businesses to work for me (growing on their own while my wife and I travel the world) and how you can do the same thing.

Simply enter your email and it's yours!